It has been an extended hiatus for me here at Chronic Bib – not from reading, but from writing and sharing my bibliophilic musings. But the tug of the Women’s Prize is too much to resist, and talking to myself and my faithful cats about the books I am reading has crossed the hazy border of charming folly into something more sinister. Add “social distancing” to that mix, and it’s time to venture back into the interwebs to talk books. And so…

This year’s longlist has returned to form with 16 nominees – novels written by women, in English, and published in the U.K. between April 1 and March 31. Here are my thoughts on the the first half of those nominees.

Girl, Woman, Other by Bernadine Evaristo
Co-winner of the 2019 MAN Booker Prize, Evaristo’s eighth novel is an absolute treasure. Written in free verse, the stories of multiple black women are interwoven into a novel of intergenerational, queer, feminist delight. Evaristo’s writing is often raw and yet other times highly polished. This book is a wonder and rightful contender for the Women’s Prize.

Queenie by Candice Carty-Williams
“Queenie” is an empathy-arousing and compelling story of a black woman in her twenties in London, struggling to find her place in this world. The point of view was fresh and felt ‘authentic’, but the structure, concept, and writing were all a bit too

‘everyday’, too familiar, to claim a spot on Women’s Prize list, in my opinion.

Red at the Bone by Jacqueline Woodson
This book is lovingly crafted by Jacqueline Woodson, and that it is reason enough to read it. Woodson, who always manages to bare the souls of black girls in a way that makes me wonder how she knows so many lives so intimately, tells the story both of 16 year old Melody, but also of her birth to parents of the same age. It is a complicated and thoughtful look at race, coming of age, gentrification, individualism, and struggle at every level. And it is pure, heartbreaking beauty.

Though the setting (1960s New York City) and the themes – poverty, political strife, and immigration – were quite familiar, the voice of “Dominicana” was fresh, her particular perspective as yet rarely told. This child bride, essentially sold by her family as their anchor to a better life in the US, shows the reader a baffling and complicated world, a life full of false doors, dead ends, and traps and also a girl who shows herself to be a woman of endless heart and strength and cunning. 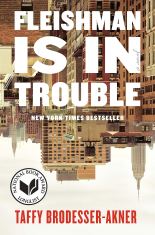 Fleishman is in Trouble by Taffy Brodesser-Akner
It has been quite some time since I read this book, and I have to say I was the most surprised by its appearance on the longlist, so much so that I had to go back to confirm that it had, in fact, been written by a woman. This fascinating story of the simultaneous breakdown of a heterosexual couple in the midst of parenting, in which both sides are (eventually) explored, was allegedly a feminist gem, but I found it too centered on the male main character and too trope-fillled to be a useful critique of much of anything. More of a summer read than a prize-worthy treasure.

Jenny Offill is a goddamn genius. This contemporary story of life and chaos and the maddening voices in society and in our heads is Offill at her finest. The tightness of her writing, her story advanced by beautifully placed jewels, temptations along a forgotten path, make a story that should feel staccato and off-putting but is fluid and sumptuous. 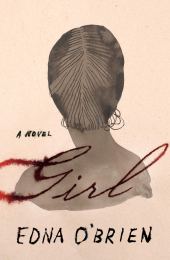 Girl by Edna O’Brien
While the writing is beautiful and the impact is visceral – this book contains some of the most painful rape scenes I’ve ever encountered – I was never able to get right with the book itself. I was (and still am) questioning the author’s right to tell this story as a privileged, upper class white woman from the UK. I respect the efforts O’Brien made to research her subject, but at the end of the day, it feels transgressive, appropriative, colonial, and inexcusable. I found it telling that all of the blurbs on the book’s jacket were from other white authors despite the veritable treasure trove of black African female writers having a critical tour de force moment on the world literary stage.

The Dutch House by Ann Patchett

When it comes to Ann Patchett, I’ll admit to being a completionist, just as I will admit that not all Ann Patchett novels are equal. “The Dutch House”, by my account, is one of her best. The story of two deeply enmeshed siblings, cast off their rapidly decaying familial estate by their stepmother, this book is such a clever rendering of fairy tale motifs, with acerbic wit, cutting dialogue, and beautiful spaces.

In the next installment:

Any one else reading through the Women’s Prize Longlist (partially or fully)? Thoughts on any of these titles?

4 thoughts on “Halfway Through the 2020 Women’s Prize for Fiction Longlist – Many Thoughts, Mini Reviews”