In her debut novel “We Love You, Charlie Freeman” Kaitlyn Greenidge has ostensibly 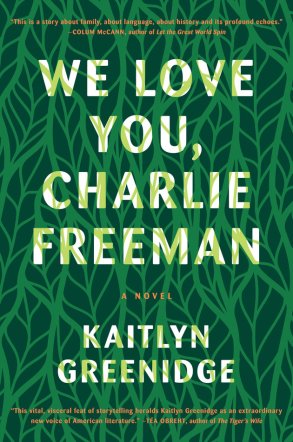 created a story about a family’s struggle for belonging, a story in which the Freemans adopt a chimpanzee and become subject participants in ‘research’ studies. This framework, however, is artifice, thinly veiling the heart of the matter. At every moment, this novel is a story truly, deeply, painfully about race, and that is where it shines.

Charles and Laurel Freeman and their two daughters, Charlotte and Callie, move from Dorchester, Massachusetts (an urban, minority-dominated neighborhood of Boston) to a small research center in a rural community. Their new community, like so many in modern America (and, in truth, like their hometown) is starkly segregated, with clear divisions of where people live and work established not by legislation, but by prejudice and habit. As one of only a few black families in the area, the Freemans are bound to stand out. Standing out, however, is nothing new to them.

“In Dorchester, our constant signing, our bookish ways and bans from fast-food restaurants and booty music, assured that me and Callie were unpopular on the block.”

Though they may have stood out in their communities, Greenidge’s characters made little impression on me as a reader; too often they were flat, underdeveloped, and generic, mere objects to advance the plot. The plot, too, felt a bit overwrought and contrived. In spite of these criticisms, however, Greenidge’s book felt impactful and important. Where sometimes the devil is in the details, here the devil was in the allegory. Kaitlyn Greenidge has a keen eye and a clear message. She forces her reader to look unflinchingly not just at overt racism but at the deeply rooted prejudice that makes racism so insidious and insistent.

“If Mumma could see me, she’d slap me hot and fast for ever comparing myself, my good and beautiful and dutiful and clean Negro self, to white flesh. And she would be right and she would be wrong. Because I do not wish my own skin was white. What I envy is not their skin but their insouciance. I envy the freedom to sin with only a little bit of consequence, to commit one selfish act and not have it mean the downfall of my entire people. Where indecency and mischief do not mean annihilation. I envy that their capacity for love is already assumed, not set aside or presumed missing, like it is for us Negro women.”

Greenidge writes purposefully about race across multiple generations, and her calm insistence, her composure, is breath-taking in a writer so young. For a debut novel, “We Love You, Charlie Freeman” is mature and steady. I expect that the issues with character and plot development will be overcome easily in Greenidge’s future efforts, and that her extraordinary strength of vision and polemic will shine.