“On the outside, Emma didn’t seem to want for anything, but let’s be clear – she was starving on the inside. Not the coal-burning-belly type of hunger of the destitute, but the agonizing longing of a free spirit, caged.” 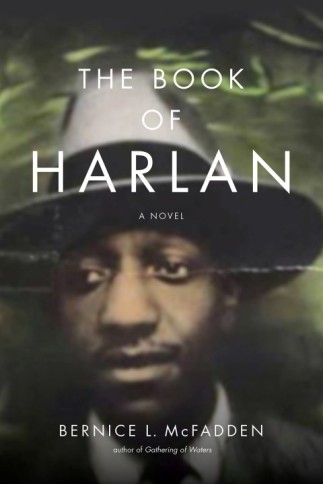 From the opening paragraphs, Bernice L. McFadden reminds you that though you may not know it yet, she is a master of storytelling. With her newest novel, “The Book of Harlan”, McFadden received another dose of the critical acclaim she deserves, winning the 2017 NAACP Image Award for Outstanding Literary Work, Fiction.

In “The Book of Harlan”, Bernice L. McFadden seamlessly combines stories of her ancestors with the beautiful narratives of her own imagining. Beginning in Macon, Georgia with the whirlwind courtship of his parents, this gorgeously heartbreaking novel develops alongside Harlan. From a spurned youngster being raised by his grandparents to a burgeoning musician in the midst of the Harlem Renaissance to one of the under-acknowledged victims of fascist oppression in Nazi-occupied Europe, Harlan’s ups and downs are an embodiment of the arpeggios that shape his music. And like Harlan’s music, the artistry of McFadden’s writing is meticulous and effortless at the same time.

McFadden alludes to having been inspired by the little-discussed treatment of black people during the Holocaust, a specter which she masterfully chases from the shadows.

“The real monsters were much closer than Mars. The real monsters were right across the Atlantic. They did not have black serpent eyes or tentacles; they were two-legged, two-armed, beating-heart beasts who were methodically scaring all of Europe to her knees. The terrified people of Europe didn’t have to watch the skies for monsters or flaming objects because the monsters were their neighbors, and synagogues were burning right there on the ground.”

By writing her protagonist into this history, McFadden gives Harlan – ever a bit of a drifter – a pivotal, soul-shaking experience that permanently alters his being and his ability to interact with the world.

“Prison had a way of draining people of their hope and humanity. But Harlan didn’t have to worry about that because he’d gone in empty.”

Harlan’s story is heartbreakingly rendered in passages breathtakingly beautiful and wry. A troubled soul dominated alternately by his passions, appetites, and missteps, Harlan is putty in his creator’s hands. Read Bernice L. McFadden and you, too, will be like putty in her masterful hands.

Thank you to Akashic Books for the complimentary Advance Reading Copy in exchange for a fair and honest review.