In “Tangles”, Sarah Leavitt writes about “Alzheimer’s, my mother, and me”. “Tangles” is a graphic memoir, of sorts, in which Leavitt tries to unpack the heartache and frustrations of watching her strong, independent, witty mother disappear and eventually die from early-onset Alzheimer’s.

Leavitt’s drawings feel like sketches – they often lack detail and stray from realism to a more cartoonish bent. Likewise, Leavitt’s writing is often sketched; her passages are truncated and lack embellishment.

The book is true to the graphic novel form in its interdependence of pictures and words, but doesn’t take full advantage of the possibilities the form provides. In my mind, great graphic novels use the pictures to communicate and bring greater emotionality and dimension to the story. Shade and light, layout and storyboard can give a story an organic sense of flow and a greater depth and weight. Though Leavitt’s story is itself compelling – her anguish at the loss of her mother is palpably clear – her book itself felt underdeveloped. The sketchiness, rather than feeling like a signature style, felt unfinished. The crowded, overly simplistic panel layout of pages disrupted any chance of flow. This book, to me, could well be the pitch for a great story, but what I read was not yet that story. 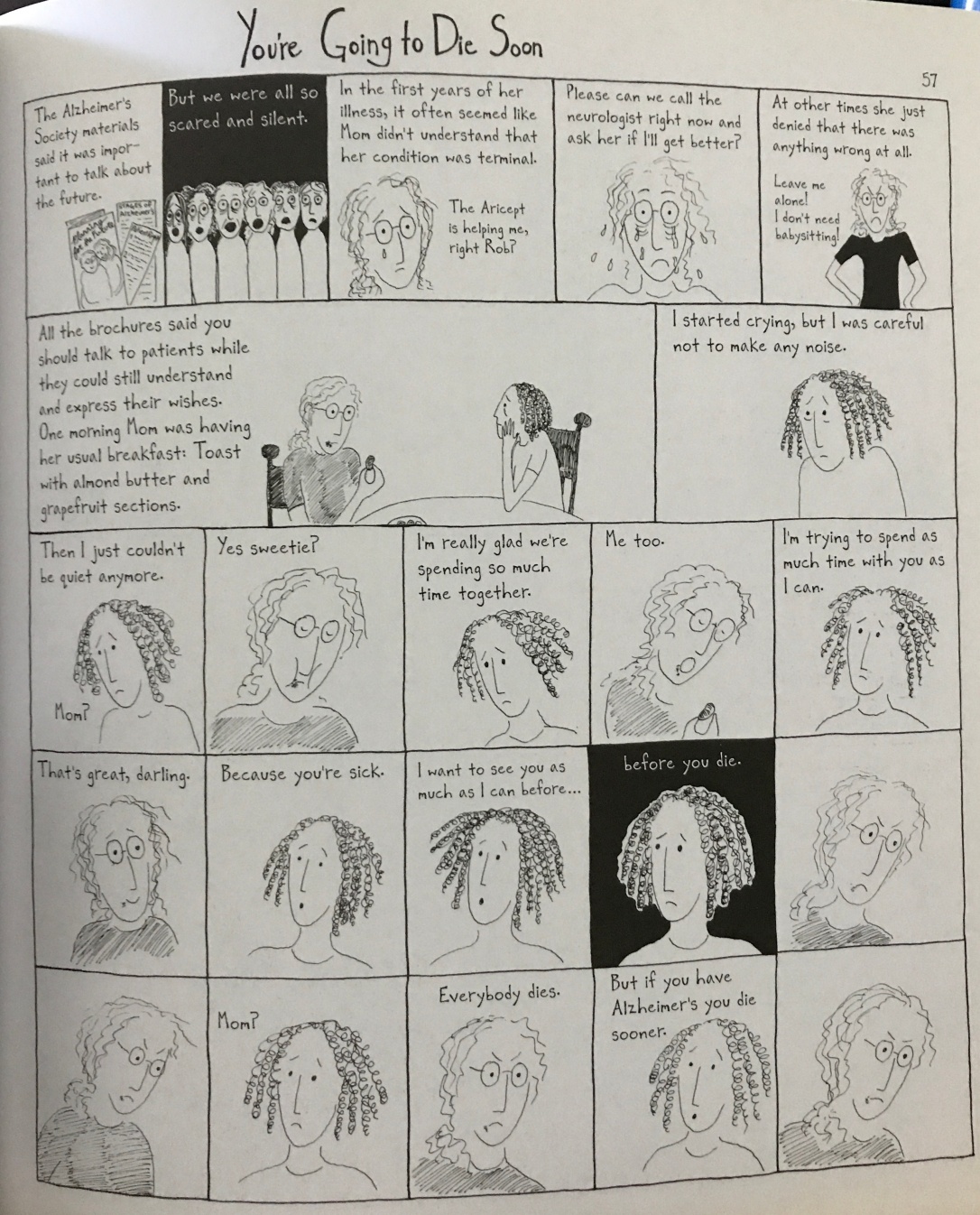